Hearing about a D-I athlete who’s been there and done that can be overwhelming sometimes. It may seem like their NLIs were handed to them on a silver platter. In…

Hearing about a D-I athlete who’s been there and done that can be overwhelming sometimes. It may seem like their NLIs were handed to them on a silver platter. In reality, each athlete’s recruiting journey matters and should be told.

This information can lend our platform’s users expertise and insight into what has worked before, regardless of what level they compete at collegiately.

At Signing Day Sports, we have partnered with professional athletes that have previously discussed their recruiting journeys on The Wire. But let’s get deeper. Let’s talk about players whose games may not be televised. Or athletes who may not have NIL partnerships lining up the moment they step on campus.

Thousands of athletes have been able to make it to the collegiate ranks by putting themselves out there and taking matters into their own hands. Just because 247Sports doesn’t grant you a star rating, it doesn’t mean you can’t make it to the next level too.

What can you do?

This is the question we asked users of the Signing Day Sport platform that have since graduated high school and moved on to playing collegiate sports at varying higher levels.

Bradley Jones knows what it takes to be recruited and his attitude shows it. Along with his College Station teammates, Jones made his way to the Class 5A D-1 championship game last winter with a spotless 15-0 record.

The ensuing loss blemished an otherwise exemplary high school career that saw Jones commit to Trinity University at its conclusion. A championship game loss is often enough to make athletes question their drive to stay the course. Jones uses it as fuel:

“I can be doing a lot more,” he said. “I don’t want to hear every second that I am the best player in the world or that I will help a program win this many rings.”

Rather, Jones prefers to be pushed. He wants to be challenged to be better than the day prior. He’s motivated to outperform similar recruits.

“You always have to elevate yourself. Be honest to yourself when asking if you’re doing enough,” Jones reiterated. 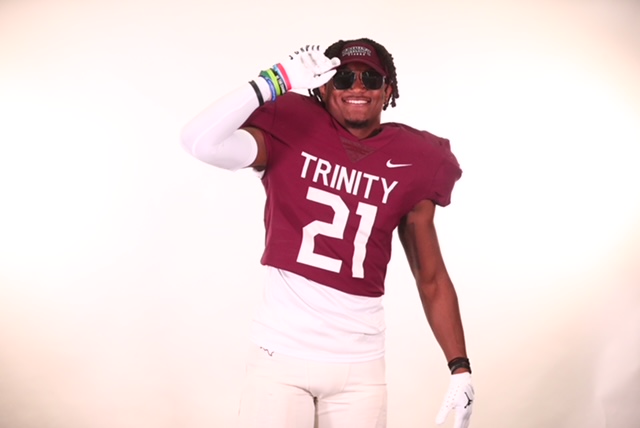 From an athlete whose D-III recruiting journey seemed seamless, I asked him to talk about his experience with collegiate programs. Jones believes that in order for the typical high school athlete to find recruiting success, they need to look within.

“First, ask yourself how committed you really are,” Jones says, echoing the same sentiment. “It’s important to recruit yourself. Take matters into your own hands, send out game film, and reach out to coaches. Sometimes you believe others are helping you when in reality, they aren’t.”

Some players have noted their concerns that lower division schools only show “interest” in the sense that they want certain players to come out for unofficial visits or camps/clinics. This can be beneficial to athletes who still need to be seen in the first place. However, for people who are already communicating with schools, the verbiage should be different, according to Jones.

“I communicated daily with Trinity. They kept it real with me and informed me that they truly wanted me. They wanted me to experience the campus and stay with the team,” recounts Jones.

This type of communication is a stepping stone in recruitment. Jones mentioned that the communication with Trinity felt different; almost as if their interest was legitimized through their straight-forward style.

Readers should be analyzing the ways that coaches and recruiters speak with them. Does it feel forced or automated? Luckily for Jones, it has worked in his favor.

Aden Ponce, a recent high school graduate, was the the first athlete I had a chance to hear from. Ponce had no offers, and little attention from colleges as late as his senior year. By January, following his final season of high school football, he had a handful of offers and ended up committing to Texas Lutheran University to play football.

“The recruiting process is a long mental and physical grind. That being said, you can’t let the fact that you haven’t received offers stop you from playing the game you love,” said Ponce. 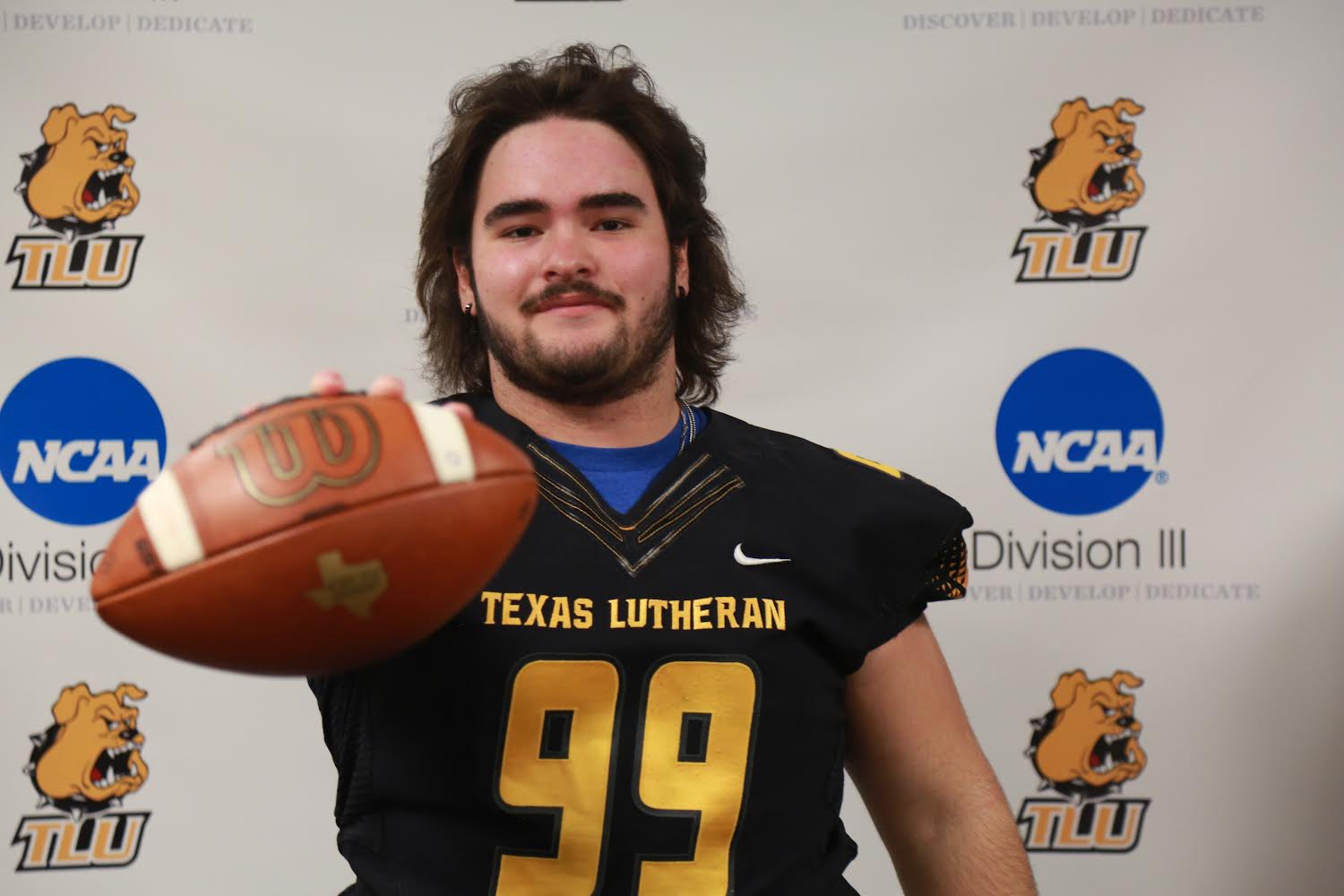 Aden is strong-minded. He didn’t allow anything to discourage him, and it paid off in the end. There’s lots to learn from a student-athlete who believes in themselves to this extent. Ponce took matters into his own hands from the beginning, and by doing so he put himself on the map.

“There are a lot more D-II, D-III, JUCO, and NAIA schools than there are D-I. Send out your information through Twitter and attend as many camps as you can. Getting your name out there is the most important part of the recruitment process,” said Ponce.

What Aden is saying is important to remember for multiple reasons. First, the sheer number of schools creates opportunities for many athletes. However, if athletes refrain from reaching out to the schools or even considering them as an option, it’s all for naught. Aden is conveying this as well. Athletes need to be able and willing to take the jump, and initiate conversations. Or at least just send their information out there.

Smaller schools often have difficulty when it comes to recruiting because of their relative budgets. Aden was proactive enough to bridge this gap:

“Have your Hudl film already made, know your basic information (height, weight, GPA, class year, etc.) and send this information out to as many colleges as possible.”

In doing so, athletes mitigate the recruiting gap that exists between D-I schools and the rest of the field.

The Texas Lutheran coaches ended up welcoming Ponce with open arms. He mentioned that he loved and appreciated his recruiting journey and is ready to begin his career as a Bulldog on the gridiron.

“I can speak for myself, along with some of my friends, in saying that we were somewhat glad it was over,” says Sylvester Jones, a second year linebacker with Lawrence Tech.

I had asked Jones what it felt like when the whole recruiting journey was finally over and he had committed. There was a clear sense of relief. Even now, two years after the culmination of his high school career: relief.

Recruitment is an understandably stressful process and proves all too difficult for many athletes.

For Jones, he says he would start the process earlier if he had the chance to do it all again.

“I didn’t really start actively working to make my dream a reality until the offseason after my sophomore year,” recalls Jones. “I could have done more to prepare for my seasons prior to that.”

Being from Michigan, Jones knew there were many football camps available to him that he could’ve taken advantage of. He knew that getting your name and face in front of colleges was imperative in the process, but feels that he could’ve been more proactive.

“There’s the Rising Stars Academy, which is where I actually did go. There’s also the 475 Elite in Genesee County,” said Jones. “The main thing I would change would be taking skill development more seriously earlier.”

As evidenced by Jones himself, not every athlete will be proactive in their journey. What can you do if you find yourself in his shoes and thinking that you may have missed the bus?

“Reach out and send your film to any school within a three-state radius,” says Jones, offering his expertise from recent experiences. “There are a lot of things you can’t control about this process, but one thing you can control is YOU. You control what you put on film”

Jones seems to have a wisdom beyond his years regarding football recruitment. And in a world where student-athletes can easily lose sight of why they play a sport, Jones always remembers what’s important to him.

“Just be a good teammate. Coaches really do look at everything,” he said. “Just play flat-out good football. It’s easy to value the wrong things, but make sure to handle your business on Friday nights, and the rest will take care of itself.”

My hope with this piece is that athletes all over the country hear about recruiting journeys that sound more similar to their own experiences. We’ve all heard enough about the guy who had 30 D-I offers and had “so much trouble” deciding between Ohio State or Alabama.

Our company is built on the idea that anybody can be recruited. It’s a matter of determination, developing your skill, and visibility. In the cases of the athletes featured in this article, they took visibility into their own hands. And it worked out for the better.

Their journeys aren’t unattainable. They all echoed this same sentiment. If you put in the work to increase your visibility, your odds of being recruited increases tenfold. But this doesn’t mean you can dial back your work on the field. Everything goes hand-in-hand.

From the team at Signing Day Sports, we’d like to wish Aden, Bradley, and Sylvester luck in the rest of their seasons. And to prospective student-athletes wondering where to go, who to talk to, or what to do: use their examples as fuel. If they did it, so can you. 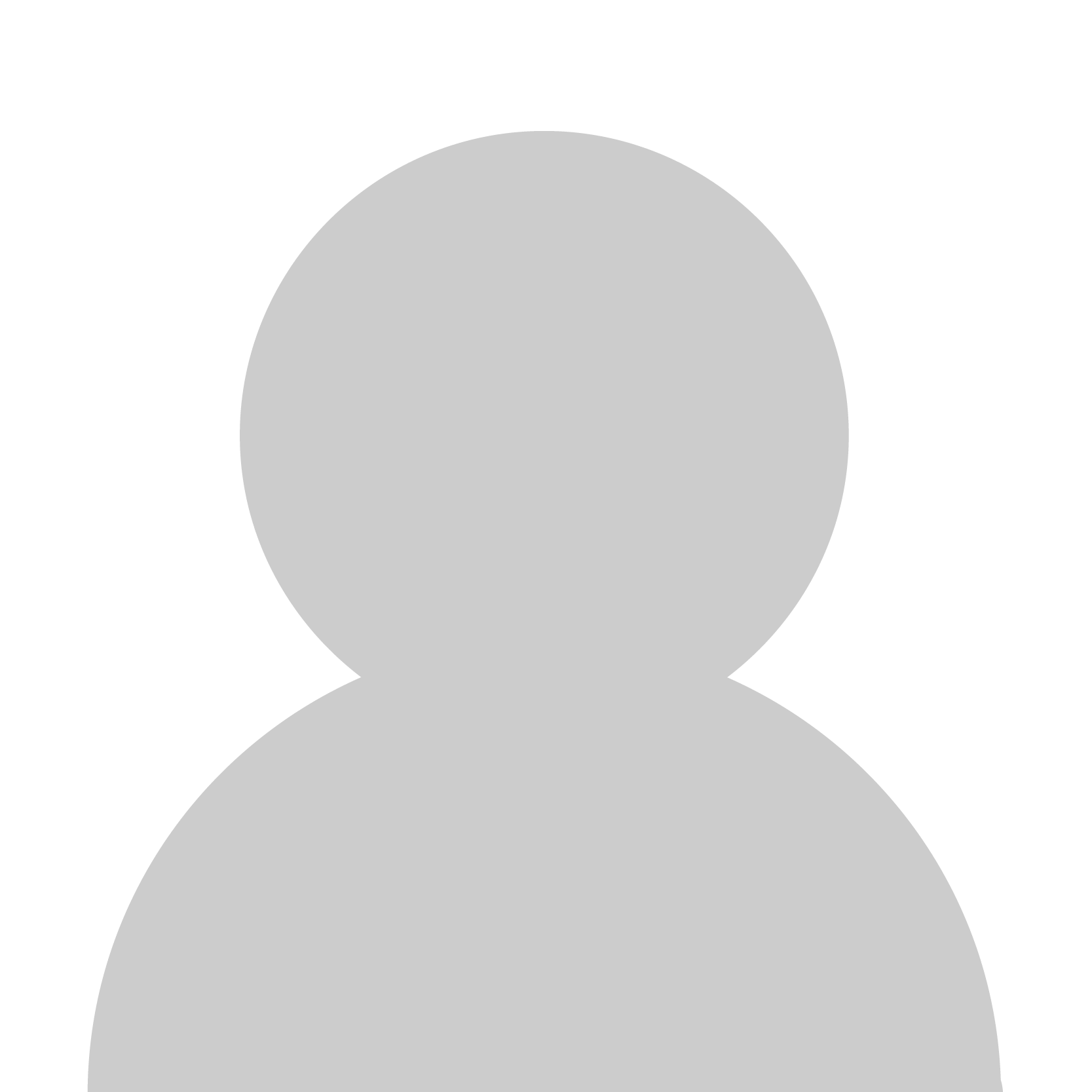