A Guide to the NCAA Transfer Portal

Everything student-athletes need to know about transferring schools.

What is the transfer portal?

The NCAA transfer portal is a digital tool that was created in 2018 to streamline the college transfer process for student-athletes. It allows athletes to officially declare their desire to transfer before starting to communicate with prospective coaches while still attending their current school. This has empowered student-athletes by giving them more control over the decision to transfer and by preventing their current schools from blocking potential financial aid from future schools.

In April of 2021, the transfer portal rules were updated to prioritize student-athlete opportunity and choice. Division I student-athletes who transfer within the division do not have to sit out a year and are immediately eligible to play once they transfer. Sitting out the first year after transferring is called academic residence. The NCAA also has one-time transfer exceptions that allow student-athletes to compete immediately.

How does the Transfer Portal work?

Once a student-athlete decides they want to transfer, they ask their athletic compliance administrator to enter their name into the portal. For Division I, the school has two business days to submit the information. For Division II, the school has seven days to submit the athlete’s name into the portal. Other schools can begin to contact the athlete once their name is in the portal. Prior to the transfer portal, athletes needed to request permission from their coach in order to be transferred and schools could deny the student-athlete’s request to transfer.

When do athletes have to sit out a year?

Each division has a timeline for how many seasons a student-athlete is allowed to compete in. It is important for athletes to know how many seasons they have competed in when looking to transfer to another school.

For Division I, student-athletes have a five-year play clock. This means they have five calendar years to play four seasons of competition. This includes if they spend a year in academic residence as a result of transferring to a Division I school from another division.

Rules for Division I transfer

Student-athletes transferring once within the division can play immediately as long as they notify the school by the deadline. The deadline for fall and winter sports is May 1 every year. The deadline for spring sports is July 1 every year. If a student-athlete transfers for a second time to a different Division I school, they have to sit out a year. These rules impact all NCAA Division I sports.

Transferring from an NAIA school to a NCAA Division I or II school has the strictest rules. Student-athletes need to make sure they qualify as a transfer student first. They qualify if they meet at least one of these five requirements:

From there, student-athletes need to decide which division level they want to transfer to and get their eligibility status. If an athlete is transferring to a Division I or II school, the athlete needs to register with the NCAA Eligibility Center. Lastly, the athlete needs to get a permission-to-contact letter from their athletic department or compliance office. A permission-to-contact letter is only necessary for transferring to a Division I or a Division III school.

NAIA student-athletes are immediately eligible to compete after transferring to a NCAA Division I or Division II school. Also, athletes who transfer from one NAIA school to another receive immediate eligibility after filling a transfer release form.

What happens to Scholarships when you transfer?

It is important for an athlete to be 100% sure that they want to transfer schools due to the risks it potentially poses with an athlete’s current school. A student-athlete’s current athletic scholarship will not be affected, but it could be revoked in the future. If a student-athlete decides to stay at their current school, there is a potential risk of being cut from the team and losing athletic scholarships.

The transfer portal creates an easy way for athletes to transfer schools and continue to play collegiate sports. By knowing these rules and steps, student-athletes can be successful in the transfer process and find the right school to continue their academic and athletic careers. 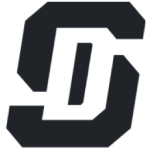 Signing Day Sports is your direct recruiting connection to college coaches. Our platform provides digital resources to upload videos that demonstrate and verify every aspect of your game. Your road to Signing Day begins here.